God and The Domestic CEO

Let me begin with the reflection of Debbie, she is a wonderful Christian friend, wife, mother and grandmother. So when I chose Debbie to write the first article for this page, I knew she had plenty of experience!!!
God granted me the blessing of meeting Debbie many years ago when her family came to Shawnee Baptist Chruch where I was attending.
Her and her family quickly became a vital part of the ministry with their children in the Christian school and Dad and Mom doing everything they could to be a blessing.
Such a wonderful family, love, smiles and laughter!
It is my prayer as you read Debbies heart that you will allow God to lead you in things you can do to serve Him and your family, for His Glory! 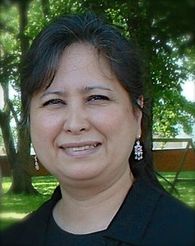 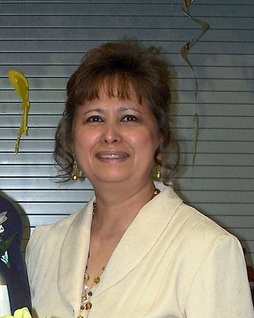 There are those who say, “She is just a housewife.”

I say, “Do not underestimate our role in life.” For I know that God can use, just a housewife in so many ways. God has blessed me in more ways than I deserve. He gave me three beautiful daughters. The two older girls, who started out as “bus kids” riding to church, was what eventually led to their father and me getting saved!

My life, as just a housewife has had many ups... and a few downs. After we were saved we started working in the bus ministry, oh, the stories I could tell! Not long after he was saved, and while listening to evangelist Joe Boyd preach at Pastor's School, my husband surrendered to preach. I loved listening to my handsome husband preach!

It wasn't long before we began working in our Christian school, Truth and Liberty. In a short time I saw that school grow from only eight students to forty-five, the Lord was blessing. There are so many stories I could tell of my experiences there, but it would probably be book-length?

I also saw a church split, there were many heartaches and lots of tears! Right after that... God led us to Kentucky. For a time we drifted away from the Lord, but it wasn't long until we were back on track.

Our girls quickly grew into young women, soon they were married and they left our home to start homes of their own. I was happy for them, but I felt a great emptiness also. Thankfully, God helped me through those trying times. I had to somehow get used to a house where there were only two: and I realized I missed the many years of the girls having friends for sleepovers. (It seemed there was always popcorn, chocolate chip cookies, laughter... and fun!)

During the time the last of our daughters left home my life was also difficult because I had to learn to cope with a husband who had become very ill. In addition to his physical ailments he also began to suffer from depression. (We later learned his depression was from having taken a certain medication he had been prescribed.) For a period of more than a year he would cough up blood, and during that time he lost a lot of weight. He had gone to many different specialists and none could find the cause? Although, privately, most suspected cancer? Because of the duration of his sickness, we were now going to lose our home we had lived in for the last thirteen years.

It was around this time that we joined Calvary Road Baptist Church. We had been visiting there for awhile, but we now thought it was time we became members. I understand that we might never know for certain why we go through some of the things in life that we do, but I do believe that God always has a plan: even if His plan might not have been our plans?

Our oldest daughter and her husband had already been members of Calvary Road before we had decided to join. Soon after we joined... our other daughters and their families also joined our church. Many people had already been praying, and now even more were praying for my husband's health... soon we started seeing a marked improvement: his doctors seemed baffled as they had offered no remedy for him. However, I believe his healing was from God, and the “effectual fervent prayers” of the church and our family.

Though I didn't understand it then, looking back I see that God had His hand in all of it. Today our three daughters, along with their families are all faithfully serving God and greatly involved in different ministries. We are also blessed to have thirteen wonderful grandchildren! I think back to a time that I was a troubled teen... to the present time, a contented grandmother.

There are those who say, “She is just a housewife.” No... honestly, I am much more than that!

Ecclesiastes 9:10 (KJV) 10 Whatsoever thy hand findeth to do, do it with thy might; for there is no work, nor device, nor knowledge, nor wisdom, in the grave, whither thou goest.